Player of the moment

We are due to massively upgrade the servers BOTN runs on tomorrow, that is Tuesday from 9pm onwards.  We had a server upgrade a few months ago and this is the finalisation of that process.

After that it may take 12 hours or longer for your ISP to update their records of where we are hosted.  So expect us to be back Wednesday morning, afternoon at the latest.

Things to do whilst BOTN is away:

- Play Optimatch PES, so that by Wednesday morning you love us 100x more :)
- See your girlfriend / spouse, I know PES is your escape from the old lady but they are good for some things :)
- Play real football! I'm sure you'ev all clocked up a few extra pounds thanks to Mr Xbox 360, so go play the real thing.
- Masturbate...ahem, no picture for this ya dirty skanks!

Finally we have word that Sensible Soccer on Xbox Live will be released on August 29th and will cost 800 Microsoft Points.

If we get enough interest I'm sure we could run a little Sensible Soccer league  or cup for those of you who are interested.  It will definitely be something to keep you lot going until the release of PES 2008

Just over a week ago a flood of new information hit the net regarding what to
expect in PES 2008 aka Pro Evoution Soccer 7. A number of key features fans
were bowling for have been included such as:


Key to PES 2008 is a proprietary adaptive AI system entitled
Teamvision. Unique to the Konami game, Teamvision is a sophisticated AI
programming that learns and adapts according to an individual's style of play.
As such, it will learn new ways to build attacks and to counter specific
movements and previous attacking or defensive errors, ensuring games are more
in line with the tactical but flowing nature of the real thing.

With the Pro Evolution Soccer series renowned for its fluid, realistic
gameplay, the new game builds on the implementation of Teamvision with
additional key advances. As with previous releases since its inception in 1996,
the ball is again treated as a separate entity, with the timing of shots
entirely down to the player, while the new AI ensures that defenders work to
close down space and block efforts on goal. Similarly, distribution of passes
works along the same lines, with players using the space available to them to
switch the ball. Close control has also been enhanced with more control when
dribbling the ball, and a number of subtle moves added to bypass defenders and
move the ball into space.

Working in conjunction with the Teamvision system, every aspect of Pro
Evolution Soccer 2008's on-field play has been reworked and fine-tuned to
create the balanced and strategic play of a high stakes match. Set-pieces have
been improved, with full control given over the number of players and the
position of the defensive wall. A wider range of set piece options are also available
to make use of specific talents within the team.

'Next Generation' versions of Pro Evolution Soccer 2008's are further enhanced
by stunning aesthetic elements. Player detail has been taken to incredible
levels with full facial animation and the high-definition detail afforded by
the hardware used to show full movement and subtle details to the various kits
during the course of a match. All 'Next Gen' versions will also benefit from an
extensive Edit mode.

So it is blatantly obvious pretty much everyone here will be
buying a copy asap, the question is whether it will meet expectations! What do
you think?

Exclusive: "I expected to win!" 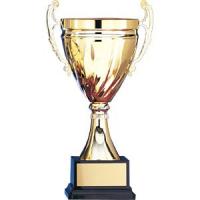 Last nights Mini Cup winner turned out to be whitey9 scouser on his 4th time of asking. The 'BOTN reporter' was at Wembley to watch the final and caught up with a delighted scouser after the match:

Firstly Congratulations on winning your first piece of BOTN silverware. How does this make you feel?

Delighted, finally did myself justice in a Mini Cup at my fourth time of asking!

Do you expect it to be the first of many?

Did you have an easy journey to the final? Any of your opponents stand out?
Had a really tough first round match against Odvan. Me - Arsenal, him - Chelsea. with me winning 2-0.Then a crazy high scoring game in the second game against Jackdom, 5-4.Quarter finals against my good pal TonyBoy316 who knocked me out of the Mini Cup Friday. Revenge was deffo on the cards and i won 4-1.Semi Final was a big let down and I had a Bye because thegame983's PES disk wouldn't load!

What happened in the final match? Was it close?

I met Aboosive in the final. It felt comfortable apart from the last 10 mins were he put pressure on me grabbing a goal and going close at the death. The match ended 2-1 to me.

To be honest mate, yeah! Weve played over 10 games and think he's won once in a Mini Cup final. lol.His style of play is taylor made for mine because he commits so many men forward when attacking.

Any advice for the members who are still dreaming of lifting the coveted Mini Cup?

Yeah, avoid me! lol. Just to concentrate at all times because its unreal how many times people give away the ball in bad areas.

For any of the new guys who don't have a clue what this is about, its simply a cup that starts and finishes on the same night.

The winner receives a profile trophy to show their achievement and also
the honor of choosing the next weeks teams to go in the Poll.

I found this pretty decent pro evo free kick tutorial over at consolegoals.com which I thought you guys could use.

Report back here if you managed to get it working!

Beck is liam off big brother

Is beck ACTUALLY liam of big brother?
I think so!!
So beck, what ya gonna do with the 100k mate

Beck21941 and his review of my gamertag space

There are so many features.

Ill start with a brief summary of the site
as a whole before going into details.

Obviously we all have, or know someone with
a myspace account.
The site basically does what it says on the
tin.
Gives people there own space.
So idea being, Mr non-computer knowledge
(me), wants a small piece of web for myself to showcase my pics, music, friends
etc.
Myspace gives me the opportunity to
do this.
It also lets you communicate
with friends as well as make new ones.

So why is WWW.MYGAMERTAGSPACE.COM different?

Well essentially its aimed primarily at
Video Gamers.
At the moment the site
encourages members from several formats.

Console owners when inputting www.mygamerpsace.com into your browser,
you will be met with the main screen.
Nice and simple it is.

Choose one of 3 console formats and
register.

All that is needed at this time is a valid
e-mail address, not even a gamer tag is required at the moment, which I think
is a great idea as it may encourage people into
Gaming that wouldnt normally think about
it.

So in effect, I suppose you dont have to
be a gamer to be a member.
Maybe a
friend of a gamer, or relative perhaps?

Once in you will be met with a personal
message from the site owners welcoming you to the site!
How cool is that!
Tomski and m0nkeymafia are their names very clever chaps.

You will be given a basic home page.
To start with it may appear very bland, but
dont despair.
This has been done purposely.
For the VERY FEW people that arent aware
of the myspace concept, you basically are given a blank canvass and have a
free licence to make your home page into what you like.

What can I put on?

Anything is the answer!!
You need to imagine you are looking at
someone elses space.
What would you
like to know about them?

Obviously name, age etc.
Pictures, videos, music anything you
like.
You are also encouraged to use a
skin or background to your page to liven it up abit.
Many of these can be found on the net with a
half decent search engine.
If youre unsure check out other people
profile before doing your own.  This is
what I did.
For the total amateur, mygamertag even
provides a few skins so you can get yourself started!!

Ok, so youre set up what next?
There are forums, discuss ANYTHING you
like!

My personal fave is the BLOG.
For some strange reason I love to talk bout
my day and get it off my chest.  Dont
ask me why?
Other people can read this
information so be careful what you write!

You can rate other users profiles / blogs /
pics, and if you want, even try to become the most popular member in the
popular members league table!!  (For
the record I went through the first 10 pages, I was nowhere to be seen)

On top of all these great features, the
site hasnt forgotten some basic requirements that are essential for any site
similar.
You can if you like make your profile
private, making it impossible for people outside your friends list to see.

Anybody who sends you a friends request has
to have it approved by yourself, meaning you wont be annoyed by countless
people again meaning that your friends list can be just that, for your
friends.

I could go on forever about this site but I
think you get the picture.

Its new (a week old, who would guess!!),
its fresh, its unique but most of all, it brings gamers from all over the world
together, which in my opinion is the most important thing.

Join this site!!!  Simple.
It can only grow from here on in, and with the site owners previous
pedigree, I cannot see anything else for www.mygamertagspace.com other than
overwhelming success.

Well-done guys Im off to enjoy the site
some more!!

Congratulations to Sam635 and his Udinese team for winning the first ever UCL Invitational Cup by beating Supaj Rehab (Atalanta) in the final.

Thanks to everyone who played in the cup. If you would like to maybe get an invite to the next one, in a few weeks time, please keep getting involved in all aspects of the site including the forums!!

The trophy and buck reward is winging its way to Sam NOW!!